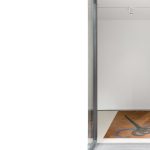 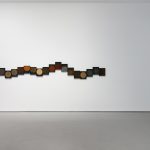 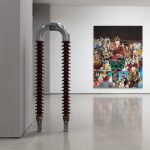 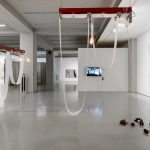 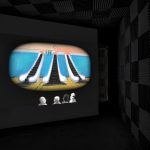 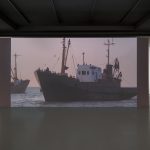 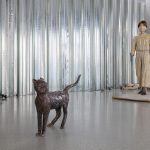 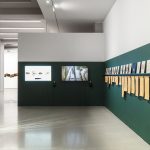 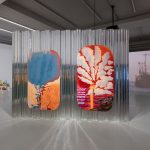 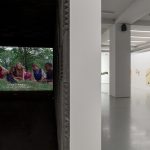 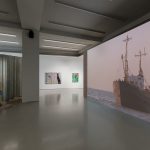 A “calling” originally refers to a person, as a medium, being guided by the authority of some higher will, wisdom, or power, whose consciousness receiving divine will, hitherto giving one’s words and actions a more self-evident justification and irrefutable legitimacy. This notion and literature on the “calling” can be found across traditional cultures around the world, such as “effectual calling,” “Tí Hú Guàn Dǐng (being filled with wisdom),” or “heavenly mandate”, etc.

Despite living in a generally secularized world today, people’s “mystical” experience of a “calling” has not disappeared due to fading religious dominance. On the contrary, people often cling to believing in this irresistible experience beyond sufficient reason, resulting in contradictory words and actions that lead to conflicts and crises.

With this in mind, the exhibition A Higher Calling inquires, in a contemporary context, how the experience of a “calling,” both physical and mental involuntary, takes place? If we look beyond religion and the occult, can we map out the mechanisms by which “calling” arises and operates? In 1998, the sociologist C. Sommerville concluded that, on a macro-sociological level, “secularization”, or “differentiation”, is a process by which all spheres of society (including economic, political, legal, and moral) become increasingly divided and different from one another. At the same time, individuals and groups at the micro-level are also affected by differentiation.

Therefore, can we conceive the “calling” under secularization as a specific conscious experience in a differentiated society? Suppose people’s consciousness and actions are shaped by their differentiation from each other. Are the existence of differentiation itself and the differentiated interpersonal interactions the reasons for people’s undeniable ways of speaking and acting? Moreover, would any adjustment to differentiation imply a changed experience of “calling”? Suppose we can effectively understand and apply this mechanism and process, can we somehow reconcile the differences between words and actions brought about by the “calling” and thus better face the increasingly turbulent and crisis-ridden times?

Due to the gravitational force, water flows according to the earth’s topology, converging into rivers and merging into the sea; the sun’s radiation is felt at various temperatures on the earth’s surface, which generates air circulations into the wind. Amid their differences, all things in nature are governed by multiple forces, constantly in motion and transformation.

In contrast to Lao Tzu’s highly abstract and generalized saying, the French philosopher Auguste Comte proposed the concept of “social physics” in the mid-nineteenth century, trying to explain and explore the development of human society by appropriating ideas, concepts, principles, and methods from natural sciences (especially physics). “Differences” exist in systems and structures at all times and in all places, which inevitably generate gradients, thus forming a “force” that produces “flow” in the general sense; the strength, rate, relationship, stability, and other attributes of the “flow” structure the complex social operation.

Thus, do the various “differences” (gender, personality, income, education, class, etc.), inherent or acquired by individuals or groups, and the action and reaction in their interactions due to “differences” shape their integral approach and tendency (flow) in which they interact? And can we conceive these inevitable but invisible “forces” jointly and continuously exert on individuals or groups as a course of facing a “calling? ”

In Ulrike Grossarth’s 16 Moving Things, three seated performers fidget with long sticks, unhinged and repetitively, pushing the objects on the platform in an unpredictable but fatalistic pantomime of movement and collision. Taiyo Onorato & Nico Krebs’ LELO captures the traditional Georgian game in which two confronting villagers are led by a ball that never appears, as if circling the void, under the established rules. While Haegue Yang’s Spice Moon Cycle and Chen Fei’s Incense Fire attempt to reveal how people’s needs for material and spiritual goods are shuffled around and exchanged by the “invisible hand” of trade and market, and so on. Yoko Mouri’s I/O is a sophisticated, complex, and dynamic installation in the exhibition space, where various elements move in tandem to present a “thunderstorm” ecological scene at sea, powered by invisible electrical forces and particle disturbance on site. In addition, Nina Canell’s Disconnector and its variants will appear several times in different phases of the exhibition to characterize and imagine a vast and intertwining system that travels between the visible and invisible spaces, transmitting or disconnecting energy.

As I/O suggests, the operation of a system in a natural environment is inevitably disturbed by unexpected factors (variables), just as a compass loses its original direction and fails when an additional magnetic force is introduced. In this chapter, we will look at how “forces” and “flows” would be impacted when applying and transforming “differences” and the context in which they take place; hence would such a “calling” deviate?

John Skoog’s Shadowland adopts the blueprint of the American film industry, parodying the early Hollywood black-and-white cinematography while taking full advantage of California’s diverse geography and landscape. With sophisticated editing and reorganizing footage, the piece disguises the diverse Californian landscape into worldly sceneries, leaving the viewer unaware of the illusion. Francisco Rodríguez’s works on canvas project the gaze onto the school campus and the street, where the fictional protagonists are placed in a kind of formulated learning environment, implying the impact of learning by example and immersion. Tala Madani’s animation, The Audience, consists of several short episodes, including a spectator who involuntarily mimics a violent act of self-harm, an oddly dressed person attacked by a group of people, but cannot escape, a hand frustrated from trying to out-win a spring. The film subtly reveals the solidified power structures shaped by human self-discipline, a small group mentality, etc. In Pathompon Mont Tesprateep’s Lullaby, a native Thai Buddhist teacher surreptitiously rewrites a nursery rhyme, embedding his descriptions and perceptions of local discord, thus blurring the line between lullaby and hypnosis disguised as ideology. In Fatimah and Kulit, Tesprateep’s other work, the protagonist’s consciousness wanders between two personalities in a self-dispute about past and present, history and amnesia.

Based on the two clues mentioned above, we try to inquire further: can observing, questioning, resisting the solidified or even alienated “difference” itself, and actively producing new “difference” to change the “force” shape the possibility of a more fluid and positive “calling”? Through the prism of the artist’s works, we will re-examine and respond to such a fluid course of a “calling.” The “persistent wrestling” is a reminder of unexpected turnarounds and recoveries of this transformative process.

Su Yu-Xin’s landscape paintings Multiple Visits and The Sound of Cloud use non-industrial, homemade paint to address and question the rules of image perspective and cartography in landscape, suggesting alternative possibilities for viewing the world. Liu Yu’s project series Cabinet of Curiosities takes the sixteenth-century blind botanist Georg Eberhard Rumphius as the subject, and she hand-painted illustration from imagination, out of the descriptions of many species in The Ambonese Curiosity Cabinet by Rumphius. By tracing the botanist’s footsteps in Southeast Asia, she profiled Rumphius and the world Rumphius faced that we are unable to see, highlighting the necessity of challenging limits of imagination and openness to life experiences. Zhang Xiao’s alternative figure of the Bodhisattva in Guai Li Luan Shen derives from the artist’s ongoing research on folk beliefs and adopting a new Buddhist statue system at a temple in Ningbo. Are these “misplaced” and tradition-defying Buddhist statues reflecting the unconscious desires and complexity of current beliefs, debasing or renewing the existing system? Ouyang Chun’s irregular diptych Anthill creates an alien world that lurks underground like an ant’s nest where an infinite number of different elements and individual beings reveling in an unstoppable frenzy, the whole world seems to take on a constantly flowing quality under the painter’s “sticky” brushwork, mapping out a seemingly chaotic, yet vastly rich, and well-connected social model. Aki Sasamoto’s three-channel video installation Yield Point not only suggests that any object or structure can collapse under the pulling tensions but transforms into a narrator in an absurd performance that illustrates the importance of coping with stress and maintaining “resilience” for those who are lost.

On the other hand, Pascale Birchler’s sculpture Junge mit Katze (Boy with Cat), inspired by Rilke’s Letters to a Young Poet, portrays a seemingly confused but determined boy, showing the character of resolute solitude and love in a hostile and challenging environment. Vajiko Chachkhiani’s video, Lower Than the Sky, unfolds with two ships, carrying a group of refugees, gradually approaching from the distant horizon, only to have to turn around again before their imminent landing. The waves, the sounds, and the light change from moment to moment, but the two ships in each other’s company remain the same. Those on board, staring at the camera without a flinch, seem to voice the hopes and losses of human nature. Andro Wekua’s collage painting Wings brings together a contemplative woman, a pair of disembodied wings, and a blurred and closed pane in a liminal space between figuration and abstraction, between objective and subjective interpretations. Metaphorically, it transforms everyday life experience into a process of reflection and indicates a desire to reshape the past by writing alternative histories, even though such efforts may be futile. Simon Fujiwara’s giant sculpture of golden earrings revisits the pivotal moment of triumph of the French Revolution, demonstrating the immense transformative power of joint forces while exposing the paradoxes and arbitrariness that lurk within. In Marianna Simnett’s The Bird Game, the protagonists are tempted by crows to go on a quest to “never sleep again,” will they win the game or become the accomplices of the evil one? The end seems unforeseeable, but only transformations are eternal.