Between Past and Future 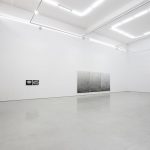 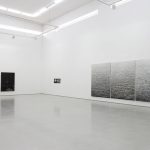 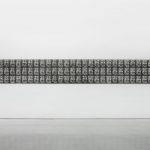 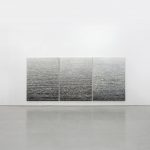 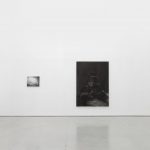 WHITE SPACE BEIJING is pleased to announce the opening of the solo exhibition “Between Past and Future” by artist Shi Zhiying on June 23, 2012. Her latest oil and water color works during last year will be presented.
As yet, Shi Zhiying has never directly represented the glories or sufferings of human beings. She repeatedly employs profound black and white tone to illustrate and recall the silent objects in the world around – a vast expanse of sea, wild grassland, and immense moorland of rocks… The viewers, however, in such a quiet world without the sound and fury of reality, can feel the self-explanatory power in the unseen world. Psychologically speaking, Shi Zhiying’s painting is an instinctive reaction to “existence”; it is a prolonged and visualized memory. She enables the viewers to hear the ultimate question of people from ancient times.
The exhibition “Between Past and Future” will present her latest works, including “100 Figures of Bodhisattva” and “Mani Stone”. Both the former, which was created as Shi Zhiying’s daily homework – she kept on drawing one figure of Bodhisattva each day, and the later, the mani stone which was accumulated by the Tibetan prayers during a very very long time, were certain kinds of ceremonies built in one’s soul. In an ever-changing world, all the material phenomena are destined to be eroded, corrupted and swallowed by time, slowly, without being noticed. While the statement and action to one’s soul can exist in between the past and the future, immortally.
Born in Shanghai in 1979, Shi Zhiying graduated from the Fine Arts College of Shanghai University with a Master Degree of Oil Painting in 2005. She currently lives and works in Shanghai.