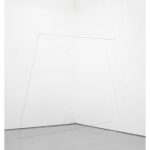 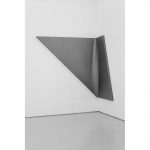 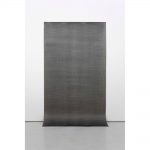 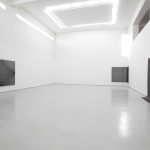 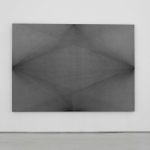 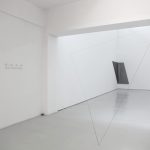 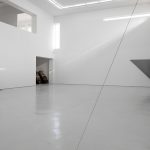 We are honored to announce the opening of Liu Wentao’s third solo show, Boundary at the WHITE SPACE BEIJING on June 11, 2011, showcasing four of his new works. At the opening of the exhibition, the artist will be on site to carry out an experiment in a visual experience.

Liu Wentao continues working with the method of drawing straight lines in pencil on paper and canvas in this new series of works – but he no longer limits himself to focusing on the transmission of internal space and structure. Instead, he is focused on trying to incorporate external space into his own system of composition. To this end, he started experimenting with a stronger ‘live’ element: working on site in real time. The single line in his work materializes to become tangible structures – the existing space (of the venue) is rearranged and adjusted visually by this line. The originally clear boundaries of the venue become blurred – while the audience, who are themselves within the space, will also find their visual focus continually shifting between different realms of the virtual and the real.

The venue will become a highly speculative space: inside and outside, virtual and real – all these opposites will come together into one. But at the same time, the space is also a vessel for bodies of life and gazes; viewing becomes its premier mission. For Liu Wentao, it is an attempt to bring the observer into an extremely open visual venue, leading them to use the eye and the body to perceive the boundaries between the different kinds of spaces, and thus experience of the forms and structures that spatial politics evoke, so as to define and put in order the logic of his artistic experiment.