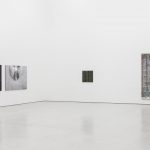 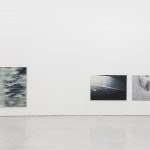 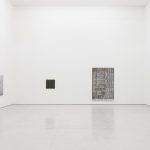 We are very pleased to announce that Wang Qiang’s third solo exhibition “Fremde Stadt” will open on June 13th, 2015 at WHITE SPACE BEIJING. The exhibition will be showcasing the artist’s most recent works in painting from 2014 to 2015.

In this exhibition, Wang Qiang did not elect to depict the megacity’s towering buildings, scintillating nightlife, its bodies of its inhabitants, filled with consumer desire. Instead, the urban landscape he presents to us takes the form of rusty scaffolding; mountains of electronic waste so representative of the modern information age; and all works related to the sky carry a veil of unhealthy smog, depicting a momentary snapshot of the city that is at once unfamiliar yet realistic.

With the invention of photography, the artist’s function has increasingly become that of discovering the differentiation between the banalities of everyday life and genuine emotion. Despite the fact that painting and the reality it depicts are connected in multiple aspects (such as the source of imagery and the choices of medium and painting tools, etc.), the practice of painting has always been of a parallel world. The focus of conventional painters and that of so-called conceptual art forms reciprocal perspectives, creating tensions that form today’s very artistic landscape. There is usually no trace of a narrative in Wang Qiang’s paintings; only the imagery bears the most basic responsibility on canvas, and the quietly harmonious colors create an essence that derives from the reality but does not resemble it. The seemingly flat surface of his painting style reveals the artist’s understanding and appreciation of brushstrokes and layers – its calm rationality and composition create a sustained visual tension. The momentary, passing scenes are like soundless fragments that allow the viewer to glimpse reality but also redirect memory. Thus, Wang Qiang’s painting is an intersection of reality and imagination. His brushwork, use of colors, and composition, far from weakening the realistic imagery in fact continually strengthens it. From this, we get two intertwined feelings, from which we progress to the perspective of the third phase of painting: a more far-reaching experience and perception based on the metaphors and symbolism Wang Qiang has created.

Wang Qiang was born in 1971 in Beijing, China. He graduated from department of Print Making at Central Academy of Fine Art in 1997, and received his Akademiebrief degree in Fine Arts at Kunstakademie Düsseldorf in 2004. He lives and works in Beijing and Düsseldorf. His most recent show includes “Picture Perfect”, Viasterna Arte Contemporanea, Milan, Italy.