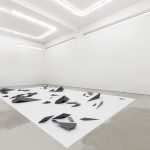 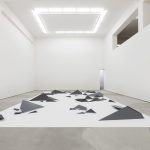 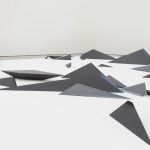 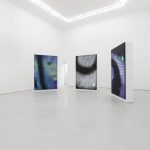 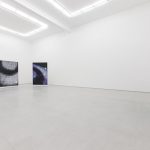 “Monadology” is Li Shurui’s second solo show at White Space Beijing to follow “The Shelter: All Fears Come from the Unknown Shimmering at the Edge of the World.”

“Monadology” is a philosophical proposition established by famous 17th century philosopher and mathematician Gottfried Leibniz. Leibniz defines the abstract “Monad” as the single most irreducible metaphysical unit, fundamental to the makeup of everything in the universe. A monad possesses two basic elements, what Leibniz calls perception and appetition. Timeless by nature, monads are reciprocally bound to spacetime and influence the formation of overall perception. As far as Li Shurui is concerned, though monadological theory—developed over three hundred years ago—may be oriented towards the theological or mystical, what it describes—perception and appetition, the dialectical relationship between the infinite and the individual—draw out from the dark conceptual problems that the artist constantly attends to in her visual practice: questions of the senses, space, body, and human existence.

This exhibition will present four paintings and fifty seven sculptures by Li Shurui. Three of the paintings, from the artist’s “Light” series, were originally intended to be shown in a 2008 solo exhibition. The fourth painting, Fragile Yellow, was recently completed after a year’s work. Li’s “Sharp” series, a diverse set of geometric metal sculptures, attempts a minimalist style contentiously encompassing a wide array of qualities (sharp, blunt, loose, heavy, lively, flat) within one visual landscape. The “monadology” of this exhibition is not a visual response to the eponymous philosophical theory but rather the embodiment of a resonance between philosophy and art: ultimately, a reflection on humanity.

Li Shurui, born in 1981 in Chongqing, Sichuan, graduated from Sichuan Fine Arts Institute in 2004 and currently lives and works in Beijing. Her most recent exhibition, “About Painting,” is currently showing at OCAT Contemporary Art Terminal in Xi’an.