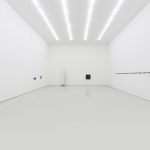 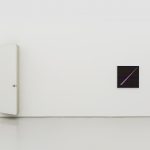 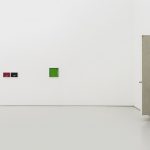 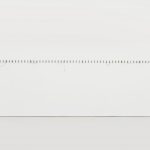 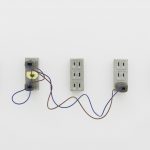 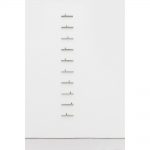 We are pleased to present Zhang Ruyi’s second solo exhibition “Pause”, will be opened on April 23, 2016. It will showcase the artist’s latest paintings and sculptures. The dynamic relation between Zhang Ruyi’s personal artistic experiences and the materials gleaned from everyday life as expressed in this exhibition is subtle and tensile. The artist’s subversive wit is revealed within the fragmented exhibition space. The exhibition duration of Pause will last until May 29, 2016.

Zhang Ruyi’s artistic creations exist within the logic of life. As described by the artist herself, she carefully observes natural settings and objects in life that have become baptized by industrial civilization. She questions the cumbersome bonding that are produced under the repeating industrial model. At the same time, she attempts to explore the possibilities which she has found during her creation of arts. To an artist, this is a recurring and ponderously lingering state which she simultaneously filters out the weakness and strength from the gently withering clues out of her individual experience. In fact, the relationship between Zhang Ruyi’s individual experiences and the world around her is a realistic paradox, a spiritual ‘running-in’, or perhaps an emotional restraint. Confronted with these layers upon layers of collisions, she brings the rationality of artistic exploration back to the world of everyday life (Lebenswelt). In her works she clearly highlights the insignificant objects that the world would typically seem mundane and trivial.

In the words of Michel Foucault: “It was a matter of knowing how to govern one’s own life in order to give it the most beautiful form possible (in the eyes of others, of oneself, and of the future generations for whom one could serve as an example).” The various hints displayed in Pause, including images produced as extensions of the manipulation and mutation of plant shapes (cactuses), paintings that result from the three-dimensional progression between surfaces and the space as a whole, and sculptural works that lie scattered and weave through the exhibition space, they all allude to the erosion and invasion of individual serenity and spatial resources as a result of modern civilization’s rapid progress. The artist uses post-minimalist forms to consciously make subtle interventions in the objects that make up the fabric of her life. One example would be her ‘modification’ of power sockets that support the loop ports of modern mechanisms. Throughout her artistic creation, Zhang Ruyi attempts to strip away her personal artistic language, letting the ‘material’ itself become the driving force. Zhang Ruyi deliberately retains an appropriate distance to this world, occasionally pauses and leaves the silence behind. In these moments of pauses, she managed to recreate a part of her life which redefines some complex issues.