To Be A Better Man 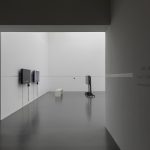 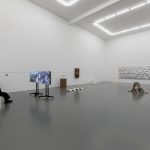 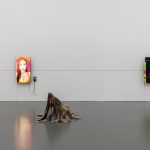 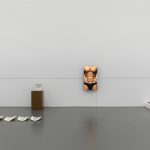 White Space Beijing is pleased to announce that on November 2, 2019, Li Liao will present To Be A Better Man. At 4:30 pm of the opening day, the artist will make a performance. This will be the artist’s third solo exhibition with the gallery and it will run until January 18, 2020.

It’s often said that happy people are similar. If so, then would it be possible for all of us to achieve a similar happy life through understanding and abiding by a certain set of standards? In this exhibition, Li Liao continues his practice since Art is a Vacuum (1, 2), creating semi-fictional autobiographical works based on daily life, which present a series of real life situations mixed with artistic actions. Through his often allegorical and self-deprecating action strategy, Li Liao takes the initiative to set up or take advantage of a situation to reveal the structured (cold) violence, economic exploitation and ethical repression hidden at the micro level in the family and workspace of “socialized people”. In this process he also observes and questions the evaluation mechanisms and rules for family production, social production and artistic production, and attempts to provide a set of playful strategies to deal with stress.

“The essence of humans is the sum of their social relations”. With his “wife” as the hub of social relations, Li Liao developed a series of works with “father-in-law”, “boss” and “I” as clues to trace a concrete and micro-level portrait of social relations. These four both shape the relationship and act as supervisors and critics of each other. Li Liao uses the “observer effect” in both directions, at times breaking cans and playing the troublemaker, and at others actively adapting and becoming a better person.

In the series Art is a Vacuum (1, 2, 3), Li Liao explores the cycle of patriarchal relations in the family space with the “father-in-law” as the focus (in this case, “father-in-law – Li Liao” and “Li Liao – daughter”), as well as the power struggles and subtle influence of the combination of seniority, money, and fame. The work also implicitly draws attention to the symptoms of aphasia often exhibited by contemporary art practitioners when facing the public. In the section about the “boss”, Li Liao acts the role of “strategic counselor” to his wife. He resists the boss’s training with a set of discipline evading strategies, both wary of and ridiculing the alienation and blurring of public-private boundaries in contemporary life caused by modern management techniques. At the same time, he unwittingly slides into a conspiracy to exploit the surplus value of his “wife”. Differing from the modes of resistance in the above sections, in the “I” chapter, Li Liao consciously embraces “middle class life” standards. Parodying self-management techniques such as connecting one thing (emotion) to another (time), attaining in-depth knowledge (learning English) through attention to appearances (body-building), he repetitively tries to live out ideals of success from urban legends.

Perhaps this is the dilemma facing Li Liao in trying to be a better man: the more intense the resistance, the closer one’s behavior is to that of an “accomplice”. The more three-dimensional one’s abdominal muscles are, the more “flat” the body is. But for the artist Li Liao, this practice of “ineffective” social production still needs to be “effectively” presented within the exhibition field, and achieving his desired middle-class economic stability depends on the final exchange of his artistic works in the gallery context.