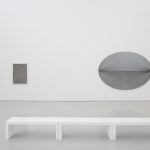 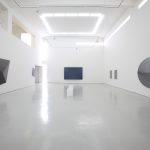 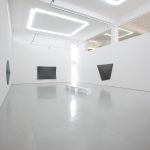 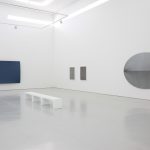 VIEW, Liu Wentao’s artworks — the world of fine and closely woven lines which are intricate and complicated, intertwined, thin and dense, opening and closing, similar while different makes us surprised at first sight because it gives the viewers an unusual visual experience. While viewing closer, people will find it meaningful and thought-provoking, and be strongly attracted and touched by it. Viewers will also be astonished by Liu Wentao’s incredible patience and meticulousness, and the painting’s elaborated visual impact. Simple lines interweave in a two-dimensional world to produce illusory space, and combine with frames of different shapes and various cubical space. Thus, a complicated space with unlimited possibility is created, through an extremely simple method, and the artist’s pure nature of mind and wit is expressed.
Existing among today’s mainstream Chinese art, Liu Wentao’s artwork is alternative and special. This alternativeness comes from the external shapes of the artworks. Liu Wentao creates cold abstract forms with simplistic style, while without any figure or plot. Thus, the possibility of symbolization or metaphor is prevented, while the “metropolis” character and the mind state of modern urbanite is expressed more explicitly. His work bears metallic quality, interwoven lines, and polygonal or quadratic-and-round shape, giving viewers a sense that is cold, distant, confused and alienated, and makes them feel lost and distracted in the coldness. It after all arrives at the same end with present mainstream Chinese art. Viewers may have an indescribable strange feeling, while interweaved with a sense of subtle familiarity, after viewing Liu’s artworks.