As if Gone from the World 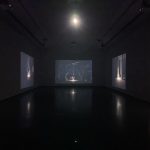 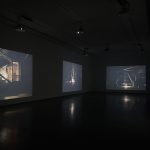 Tong Wenmin (b. 1989, Chongqing, China) received her BFA at Sichuan Fine Arts Institute in 2012. She won the Grand Jury Prize of Huayu Youth Award in 2018, the Accolade Artist by Documentaries of Chinese Performance Art in 2016 and the other prizes. As one of the most watched young performance artists in China, Tong Wenmin’s work often focuses on the intersection between individual perception and the external environment, stimulating visual poetry and inspiring action through behaviors that at first seem counter-intuitive. Through often simplified or regulated movements, her work hints at the allegorical character of the body and action within a semantically rich context.

In the artwork “As if gone from the World”, the shadow of Tong Wenmin may be the Shadow in Neo-Platonism. After the Renaissance, pure shadow no longer exists in concrete reality; the colors of Shadow in the Impressionist period were separated by science; and after the Post-Impressionist periods, Shadow is a reflection of thought. Let us return to the artist’s own gender body, as a symbolic carrier of darkness and night, chanting in the opposite of Bright. At this moment, it may become the Vénus Noire specifically referred to by the Les Fleurs Du Mal regarding the female body. It is a study of poetic narrative to obtain a projection by hanging lights on the black-painted female body at night, and the artist’s narrative method is more like a component of the previous work. Looking back at the artist’s existing works, it seems that they are interpreting the long-scale relationship between the body and the touch in the memory space. It is like always naming the long and deep shadows by various physiology and gender, the anthropomorphizing shadow is given the same attributes as life. I can’t help but think of a verse in Simposka’s All is Slient as a Mystery, which corresponds exactly to the name of the artist’s exhibition (As if Gone from the World )：” We can realize the boundless space from earth to the universe, but we may lost in the way between the ground and the skull.”