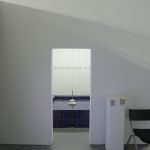 Distance is a social product rather than an objective fact already known to us. The ways that people perceive it depend upon the speed of movement (Zygmunt Bauman). With the increasing development of transportation, communication, and infrastructure, the social changes involved in the modernity of China are constantly expanding and spreading outward. In the meantime, they have been gradually internalized and adopted as a seemingly convenient way of life – one that is continuously fermenting around the Internet, new technology and media, logistics, and information. As a result, the traditional sense of distance and region is gradually diminished. On the other hand, due to the deep-rooted differences brought by the historical and cultural features between various regions of China, the invisible limitations of the registration system and the faint timidity of migration have always been impeding the arbitrariness of movement and exchange from the other end. This situation seems to be a microcosm of the contradictions of the era of globalization in which we live – a seemingly free world, yet one composed of numerous invisible nets and hidden glass facades. It has become an objective reality with no possibility of escape, but that nonetheless, has to be confronted.

The development and transformation of the contemporary art of China and its ecology are inseparable from such a reality. If the emancipation of the mind and the humanist movements of the mid-1980s were just the enlightenment that had long been expected by intellectuals throughout the country, then the opening of the regional barriers after Deng Xiaoping’s South Tour Speeches in the early 1990s – as well as the relatively free movement of artists among different regions – were more likely to be actions to reconstruct and confront localization, or direct practices of the enlightenment. After 2000, with the prosperity of the art industry in China, Beijing, Shanghai, and Guangzhou have brought booming development for galleries and non-profit art institutions in second-and third-tier cities. Frequent exhibitions and art activities have taken people from big cities back to more distant areas.

The province of Hubei, as an important site of the contemporary art of China during the ‘85 New Wave movement, has brought up many art professionals with a sense of reformation and social responsibility. Spontaneously, they carried out various practices with the spirit of emancipation, humanism, and criticism – turning Hubei into ground zero for modernist movements during that period, and also one of the essential birthplaces of contemporary art in China. In the mid-1990s, some of the artists chose to stay there to explore the expressions of the locality of art, while others began to move to the North or the South. For the latter, their subjective consciousness has been gradually adjusted or transformed in conjunction with these social and environmental changes. Also, they have been trying to break through the invisible boundaries in ideas, politics, society, and the mind. In recent years, official and non-official art institutions and non-profit art spaces have been set up one after another, infusing once again a “sense of presence” into Hubei, with the city of Wuhan as its center. Meanwhile, an urban discourse of the global art ecology has been gradually constructed together with Beijing, Shanghai, Guangzhou, Shenzhen, Chengdu, Hangzhou, and other cities. Artists from Hubei have formed a kind of “community,” which is neither limited by distance nor divided by regional boundaries. Their creations implicate the emergence of a situation with regional features – a body of research worth studying and carefully observing, and which formed the historical and academic basis for this exhibition.

This exhibition will present works of 21 artists/groups who were born from the 1940s to the 1980s in Hubei or have been living and working there for many years. These artists are either the active members of the ’85 New Wave movement or the witnesses and practitioners during the period of economic reform and the transition of society. They feel deeply the actual collision of various discourses of power between China and the West, feel tenderly the meticulous local experience – meanwhile, paying great attention to the reality of the contradictions and encounters between modern people and society. By presenting collectively the works of these artists from different generations, the exhibition attempts to depict and reveal a fluid social formation that all of them are facing together.

Here, the concept of time is not a general and macroscopic unit, but a period of personal exploration and outward journey. In the juxtaposition of the old and new works of the artists, we can see how the past coexists with the present in each artist’s experience – and how they intertwine with each other to march toward the future. “Boundless Realities” is the obscuring of the boundaries of geography and ideology, while “Multiple Nows” shows each artist’s personal history – providing an overview of an individual’s time as an intertwining of past and present. On the basis of the studies of geographic dimension, the exhibition hopes to present an overall integration, one not easily defined by time, via showing the changing status of the individual.

The Wanlin Art Museum at Wuhan University, established in 2015, was initially sponsored by the CEO of Taikang Insurance Group INC., Chen Dongsheng, who funded the initial construction of the building. Taikang Space is the art department of Taikang Insurance Group INC. Every year, with the help of its academic ambition and research system, Taikang Space organizes historically insightful and educationally valuable art exhibitions in collaboration with the regional and cultural characteristics of Wanlin Art Muse-um, hoping to open the gates of art with more high-quality programs for university students. The continuous support of Taikang Insurance Group and Mr. Chen Dongsheng for art and culture reflects the affection for and pursuit of art by Chinese enterprises and entrepreneurs – who desire to join the community, deliver humanistic spirit and give back to society. Following the opening exhibition, “Fusion: Chinese Modern And Contemporary Art Since the 1930s” in 2015 and “Centennial Presents in Return: Exhibition of Alumni Donation from Chen Dongsheng and Li Yifei” in 2016, this exhibition, “Boundless Realities, Multiple Nows: Contemporary Art From Hubei As A Sample” focuses on the long-term practical experience of the artists from Hubei. Taikang Space has long been committed to the research and collection of the contemporary art of China, always endeavoring to cut into the scene of art history from various angles. While combing and restituting the history, following the clues of time, we also focus on the research perspective of space, considering geographical dimension as another axis. We try to target and analyze the evolution of diverse regional art ecologies, and to capture the creative context of the artists during their spatial moving process. In the midst of the lasting yet flashing “present,” the geographical dimension may have a more realistic significance. At the same time, this exhibition is interspersed with both the archival documents and works of contemporary art from Hubei, attempting to reveal a complex mixed state of history and present, showing a traceable historical map as well as a present moment that is constantly being constructed – the development process of Chinese contemporary art differing from those macroscopic narratives.