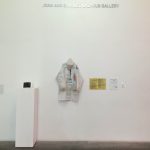 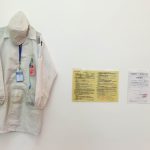 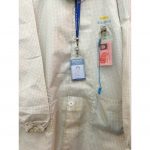 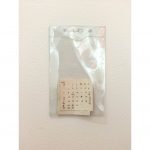 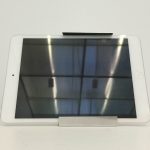 They say that three is a magic number, and wandering through the New Museum of Contemporary Art for its third triennial, “Surround Audience,” visitors feel the indescribable energy of sparks in the air—discussions (or heated debates) to be had, comfort zones to be trampled and smartphone pics to be snapped. The latter is most relevant to this year’s theme: art in our hyper-aware culture where the internet is not a mere “public utility” but a state of mind. This is further supported by the notion that emerging artists are continually pushing the boundaries of contemporary art-making.

New Museum’s past two triennials (2012’s “The Ungovernables” and 2009’s “Younger Than Jesus“) displayed the work of young artists in order to explore how this generation would continue to further perception; similarly, this year’s edition (organized by Lauren Cornell and famed video artist Ryan Trecartin, an inaugural Triennial participant) features 51 participants—the youngest of whom were born in 1988—from over twenty-five countries. Many of them are exhibiting in the US for the first time.

“The title of our Triennial exhibition, ‘Surround Audience,’ was coined by Trecartin to express both the possibilities and challenges inherent in a contemporary condition wherein we are encircled by a ‘smarter’ and more participatory world—a world where we are emboldened, via social media, to editorialize our own lives and beliefs,” Cornell writes in the Triennial exhibition catalogue.

The five floors of the museum have been taken over by mixed media installations, performances, videos, sculptures and more—less digital-based mediums (and weirdness) than expected, but rather the in depth pursuit of ideas. A space-activating sound and light installation by Ashland Mines (aka Total Freedom) inhabits the main stairwell; it’s quite convincing at transporting the stair climber to another dimension, if not a claustrophobia-induced panic attack. Some works exist outside the walls—from a Triennial ad campaign by K-HOLE (involving digital stickers) to a book of poetry titled “The Animated Reader:Poetry of Surround Audience,” meant to serve as a companion to the exhibition. Expect to be sucked in, slightly confused, awakened—and most importantly, to return for another round. Below are some of the memorable works we came across during the exhibition’s preview.

Mexican artist José León Cerrillo’s “The New Psychology” series (2015) is a site-specific takeover in the form of aluminum and acrylic. At first, the colored metal structures feel like borders that dictate the flow of movement throughout the space. But as visitors warm up to the large-scale squares and rectangles, perimeters transform into screens in which they can step through, frames in which they can view the work of other artists, and lenses to peer into the void or the absence of it.

Beijing-based artist Guan Xiao’s mixed medium installation “The Documentary: Geocentric Puncture” (2012) is set up like a triptych. Each of the three sections has a Magic Eye-esque backdrop made up of brightly colored tessellated images of snakeskin that overstimulate the eyes—a stark opposite to “neutral” white backdrops seen in photography studios. In her “studios,” Guan has created Frankenstein objects related to imaging and photography: a totem of camera lens, a pair of human hands framing a shot, tripods, a security camera. These are then paired with artifacts associated with ancient history that remind the viewer of how we see objects and images today through the internet.

Austrian artist Verena Dengler’s embroidered work “Sponsors” (2001-14) sews the word “Samsung,” among other corporate and ideological brands, onto a woman playing with her musical instruments. Through the ten-plus works in her installation of self-portrait pencil drawings, collages, sculptures, and even a blue rug, Dengler explores selfhood and self-branding. Her mocking humor is evident in works like “Namedropping,” (2014) which lies on the floor; it’s simply the word in cursive, in welded metal form, underneath a self portrait.

Brooklyn-based French artist Antoine Catala has “rebranded” the peace sign of the ’60s and designed a new symbol for empathy in the form of two E’s facing one another. Created in collaboration with global advertising agency Droga5, “Distant Feel” (2015) is more than just a glowing sculpture framed inside a fish tank—it’s a campaign to get humans to feel. Part of the exhibition lives online, at Distantfeel.com—we highly recommend dedicating your next ten minutes to it.