To Be the Better One —The Methodology of the New Generation New Work, New Identity, New Life, New Direction 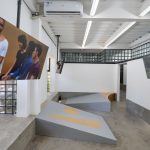 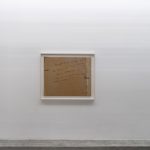 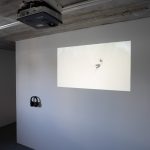 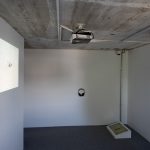 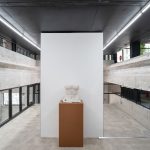 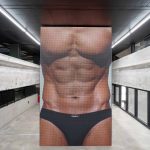 If we say that art styles and artistic trends are often used to identify the characteristics of a generation, the method and morphological appearances of the exhibited works by the par-ticipating artists reflect how an artist evolves to a better person through changes in the method which culture has no boundaries and professions has no exclusiveness. As the cu-rator, Cui Cancan stated: “A new way of working inspires artists to explore new identities and new artistic directions. These novel directions redefine and create a new life for the art-ists themselves. New identities and possibilities are the core of methods of the new gen-eration.”

The formation of such a new generation comes from their sensibility to the society they are currently in. The latest creation of Chen Tianzhuo (born in 1985, now lives and works between Beijing and Shanghai) responds to the well-received concept of NFT in the digital art market, while retains the medium of fine art in the forms of installation, performance, video, painting, and photography. “I do whatever I am interested in, whether it is my main or side job,” Chen Tianzhuo explained. The works of artist Ni Youyu who currently lives in Shanghai include acrylic on canvas, woodcuts, installations, sculptures, and photographic collages. His method is to break through the limits that he perceived. Works such as “Domino of Space” and “Trio” construct multiple spaces that are deeply inward in antique frames, and “Pagoda” uses wood and stainless steel to implicate the idea of scale.

“To Be A Better Man” and “Six Pack”, created by Li Liao (born in 1982, now lives and works in Shenzhen), embody the changes in the city and the environment with the most intuitive approach by using his body. The artist concluded that his semi-fictional autobiographical works principally record his day-to-day life and the method resembles polishing or waiting in consumption. Tong Wenmin (born in1989, now lives and works in Chongqing), who makes good use of the body as a creative element, believes that she has no fixed methods. Her works often focus on stimulating visual poetry and inspiring action through behaviors that at first seem counter-intuitive. Through often simplified or regulated movements, her work hints at the allegorical character of the body and action within a semantically rich context. In “Breeze”, paint-stained branches leave a mark upon her back and the canvas like a breeze. In “Wave”, her body moves with the waves on the beach.

From the “Cola Project” and the “Palate Project”, to the “Lemon Project”, the art practice of He Xiangyu (based in Beijing and Berlin) often begins with his observation of a particu-lar object, event, or phenomenon, working towards the unique and relatively frenetic core. In this exhibition, he creatively combines his introspection and observation of the others in the form of games. Mei Shuzhi founded 702design in Beijing in 2010 and serves as its art director. He is constantly seeking novelty from life, to discover more possibilities of design in everyday life. He demonstrates that through his work of “like a bug which slowly moves with its perception.” Mei Shuzhi’s work “Typography Exit 2” allows the exploratory “watching” experience to break through the limitations of text as a conventional reading media.

Ge Yulu (born in Wuhan, Hubei Province in 1990, and now works and lives in the area around Beijing) uses art as an excuse to apply for approval of day-off for the museum staff in the work “Holiday Times” presented in this exhibition. The price is that he needs to cover for the staff during their day-off to complete the work originally arranged for them. In his opinion, the new generation consists of the ones who do not agree with any of the existing orders. In his work “Michelangelo’s Gift”, Zhou Yilun, an artist currently living in Hangzhou, extended the possibilities of everyday materials through multiple techniques such as splitting, reorganization, and simulation. In his view, the way of working is a life-style—he is someone who cooks every night, but also someone who often drinks in clubs until dawn.

The work “Shop Window” presented by Zhao Zhao, who lives and works in Beijing, is similar to an autobiographical film. His exhibited cabinet shows the reference of his creative ideas. He claimed that his working method is mixed with multiple concerns, and there is no division of time. Architect Wang Zigeng (born in 1984) once served as the architectural history consultant for the director team of the film “Hidden Man” by Jiang Wen. In his work, he uses art to release out his superfluous mental energy. “1994” is a theatrical installation expounding a personal narrative, in which the artist turns the display of stylized architectural projects into an exploration of places and memories. Liang Chen (born in 1987) describes the series of “Spatial Hypnosis” as “the method of discovering and intervening in the spatial subconscious with space as the main body”. Applying the universe to be the new spatial-temporal coordinate, Liang’s analysis spans the Big Bang from the formation of the earth, to the geology of his hometown Dandong, the constitution of its landscapes, neighborhoods, and streets, and finally ends in the residential building where he grew up, manifested in its three interior decorations from three different periods. Through a sub-conscious recapitulation of childhood city and architectural space, Liang Chen intends to depict a sub-consciousness of substance and space.

Zhu Sha (born in1988), a graphic designer and curator who works and lives in Beijing, has begun to intervene in the contemporary art field through curatorial practice in recent years. For him, he aims to establish more links through designing, and the video “Talk and Design” displayed in the exhibition shows how Zhu Sha as an artist completes his “work diary” in a casual and personal way. Drawing Architecture Studio (DAS) (founded in Beijing in 2013 by architect Li Han, born in 1978, and designer Hu Yan, born in 1978, dedicated to architectural drawing, architectural design, and urban study) believes that “honesty” brings along with more practical and hands-on experience. “The Complete Map of Capital Beijing” presented in the form of an architectural diorama serves as a contem-porary copy of its original version from the Qing Dynasty. In the scope of 700 x 700 me-ters, some of most iconic Beijing architecture are collaged, mixed, and blended: from the Yonghe Temple of the Qing Dynasty to the Chinese Anglican Church built in China’s Republican Era; and from the socialist mansion An Hua Lou around the founding period of PRC to the residential areas developed in the 1980s and 1990s. Through a personal reinterpretation, the architectural models are presented in a distant yet familiar form.

In recent years, these most active and representative artists from the new generation have presented a pluralization seen in their diversified identities and works. Cross-cultural, cross-media, and cross-field practice have amplified their uniqueness. In this regard, Cui Cancan stated: “This phenomenon is unfolding with changes in the work process of the new generation. They are redefining the scope of professions—artists no longer simply make art, architects no longer only build houses, and designers no longer work merely graphically. They have a wide range of interests and more diverse occupations that barely show hierarchy and distinction among each other. Their mindset is not just liberal but al-so ambiguous, and they are always vigorous, imaginative, versatile, and inventive. The style of ‘there is no single style’ has become their style.”

The features of the new generation truly denote the development of a certain era. When we take a closer look at the eclectic methods of these artists, the styles are the manifestation of the domestic development of cities and cultural life in this epoch of globalization. This new generation has also turned out to be a trace of changes that took place in our times. These revolutionary changes are exactly what Wind H Art Center is pursuing to capture in its practice. As a young art institution, since its establishment in 2020, Wind H Art Center has held numerous exhibitions and public education activities that cover multiple disciplines including contemporary art, architecture, and design. Not complying with the inherent value judgments, Wind H Art Center aims to serve as a platform for diversified cultural exchanges and discussions. Through different projects, the art center presents a wider, more connected, and more inspiring art world to the public to enrich the booming contemporary art today in China.