MOOD IS NEVER BETTER THAN MEMORY 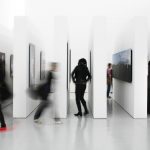 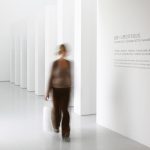 “Endless guessing, endless interruption, and endless memory; I don’t know from which period of stillness to start once more, and from this start how to return to stillness again. Living in a mood, is it from yesterday or today? Many things pass by me, some are still vivid, while some are merely traces. Mood is never better than memory.”

WHITE SPACE BEIJING presents the third solo exhibition of Chi Peng, with a selection from 2003 – 2010 in the vein of memories. Chi Peng (1981) was born in Yan Tai, Shan Dong province, and studied at the Digital Media Department, Central Academy of Fine Arts in Beijing. The artist had solo exhibitions at He Xiangning Art Museum in Shenzhen, Ludwig Museum in Budapest, and Zhu Qizhan Museum in Shanghai. His works have also been exhibited at following museums: Palais des Beaux-Arts in Brussels, National Gallery in Prague, COBRA MUSEUM in Amsterdam, The Museum of Contemporary Canadian Art, Groninger Museum in Groningen and National Gallery of Victoria in Melbourne. His solo show in Groninger Museum will be held in March 2011.