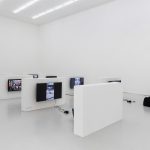 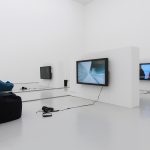 On December 15, 2018, WHITE SPACE BEIJING will open a group exhibition, Replay , based on the theme moving image.

This exhibition presents a survey, divided into eight zones of comparable size and scope, encompassing a total of nearly one hundred video works created from 2003-2018 by He Xiangyu, Li Liao, Liu Shiyuan, Liu Xinyi, Tan Tian, Wang Haiyang, Wang Tuo, and Yang Jian. While each of these eight young artists have by no means been limited in the use of a range of media in their artwork, they’ve all employed moving image in their creative practice for quite a long time. Viewers can select and play video works of the artists over the years, each with their own distinct topics, types, and methodologies—thereby coming to understand the respective production process and later conceptual developments of each of these eight artists, as a case study to contemplate the face of contemporary video work.