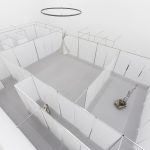 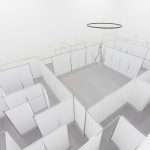 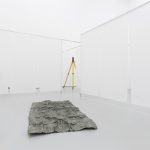 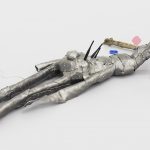 We are pleased to present Yang Jian’s third solo exhibition “The Beginning of Infinity”, will be opened on April 23, 2016. This exhibit showcases a novel written by Yang Jian about time, routes and “the final destination” through the form of a labyrinth. Artists, readers and spectators are all bystanders trespassing in a labyrinth built by an anonymous architect, who happens to have left some notes behind. These notes provide us with insight into the architect’s building process and fragments of life, throughout which his trail of thoughts is of most importance. The labyrinth is dotted with a variety of daily landscapes and living relics. These objects gleaned from reality guide the novel’s characters as they step into the Beginning of Infinity.

Yang Jian (b. 1982, Fujian Province, China) received his MFA from the School of Fine Arts, Xiamen University in 2007. From 2009 until 2010, Yang Jian was admitted to the international residency program at the Rijksakademie van beeldende kunsten. In 2010 he was awarded funding by the Dutch Stichting Niemeijer Fonds Foundation. In 2015, he won the Special Jury Prize of “Huayu Youth Award” at the Fourth Art-Sanya. Recent exhibitions include “Thank You! Have a Nice Day!”, Telescope {Artist Studio}, Beijing, China (2015),“ON|OFF: China’s Young Artists in Concept and Practice”, Ullens Center for Contemporary Art (UCCA), Beijing (2013); “Super-Organism – CAFAM Generic Theme Exhibition”, CAFA Art Museum (CAFAM), Beijing, China (2011). Yang Jian currently lives and works in Beijing and Nanjing.