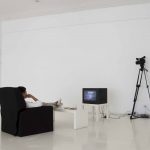 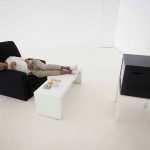 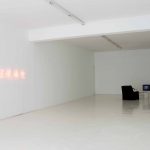 Art Is Vacuum is Li Liao’s first solo exhibition in Beijing. In his past performance works, the boundaries between art and life were not obscured intentionally by the artist, but rather replaced by the original reality out of an unclarifiable state.

Art Is Vacuum features two of the artist’s recent works: the titular neon light work, originated from a daily-life quarrel, illustrates texts prompting a temporarily inescapable shadow of life; and “Marathon”, of which Li Liao will enact a four-hour long performance at the opening as a response to objectives and meanings.

Born in Hubei in 1982, graduated from Hubei Institute of Fine Arts in 2005, Li Liao currently lives and worksin Shenzhen. LiLiao has been nominated in HUGO BOSS Asia Art Award and will be soon shown in Rockbund Art Museum.