Catalogue – The Library of Babel 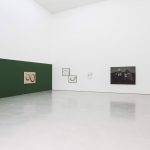 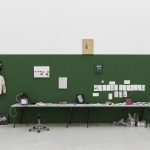 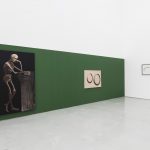 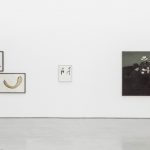 Catalogue – The Library of Babel showcases Zhai Liang’s latest works on canvas and paper.
The universe may exist in unexpected details, or in the personal encyclopedia written by Zhang Dai in Ming Dynasty. Non-logical memories mix with knowledge, each entry contains a “one-sided” perception – Zhai Liang’s world of memories is constructed by such elements. It may also be compared to Borges’ , where people spend their lifetimes to search for a certain book that represents “the sum of all” in a library reaching the infinitive height. A book including everything, or a library including everything – “a certain book” could be the book in the similar fashion of .

The artist reproduces the process of somebody searches for a certain book in a library, reconstructs the text through analyzing characters, absurdity, history, appearance, different classes, and space (similar to the structure in ), forms a “visual knowledge catalogue”. This is merely the content part of the certain “book” somebody just found, and this exhibition is the “content” of the artist’s project as well. The setting of the “content” derives from the concepts – to reproduce a certain “book” in a “library” that include everything.