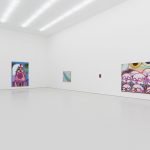 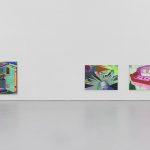 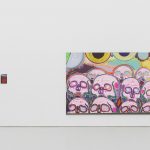 We are delighted to announce the forthcoming opening of Gao Ludi’s second solo exhibition at WHITE SPACE BEIJING on August 29th.

Social media today has become the most relevant channel through which the visual is produced and circulated. Intimacy is an essential attribute of the visual in its making, whether simulated or not. It not only resides within the confines of ritualistic sharing and exposing, but also renders itself physically and biologically – the visual departs from the realm of the aesthetics and permeates into the realm of the biological. Desires become necessities.

In relation to these circumstances, Gao Ludi takes found images as his point of departure, appropriating the aesthetics in a playful, yet analytic fashion. The act of painting resembles to the artist the act of excretion in various aspects – repetitive, daily, mundane, ritualistic, rejecting being captured and recorded by historicist narratives, and always involving a certain element of excess.

As expressive as the works are, Gao’s paintings do not claim to be loyal to the virtual reality. Unlike the visuals found in the context of the mundane, where it is defined by an absolute, dominant theme of jouissance, Gao’s canvas of bright and colourful surface is rooted in an artistic practice that is ascetic in nature. The temporality that is unique to the act of painting also betrays the aesthetics that tends to produce a homogenised visual culture. In this sense, the works recall a profound history of the relation between painting and photography, paying homage to the problematics of the aura.

Gao Ludi was born in 1990 in Henan, China. He graduated from the Academy of Fine Arts of Capital Normal University, Beijing, China with a bachelor degree in Fine Arts in 2013. Gao Ludi now lives and works in Beijing.