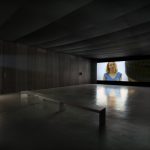 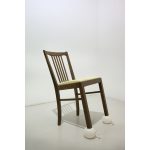 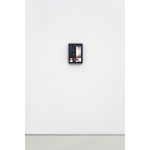 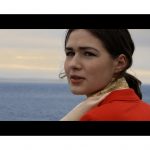 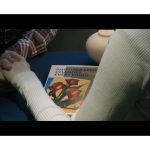 We are very pleased to announce the forthcoming opening of Liu Shiyuan’s second solo exhibition at WHITE SPACE BEIJING on April 25th. The main work on display will be the video work “Lost in Export”, which has taken the artist the better part of the last two years to complete.

“Lost in Export” intentionally defies labels and unceasingly questions the substitution of the current moment. In this 33 minute, 43 second piece, a beautiful and highly idealized ideology of art emerges: emotion, romanticism and universal values etc. Liu Shiyuan is using classic elements of cinematography as her mold for images, thus investigating it’s validity and artificiality. Images of mountains, beaches, deserts, cosmos, and the heavens above, provide corresponding reference to the subconscious messaging conveyed by contemporary popular culture, and its consistent hunger for narratives. In the film, the narrator – a plausible merging of the main characters and its writer voice – follows the thread of a relationship from the first encounter, to falling in love, and finally, to it’s end. The film’s protagonists are four people, whose lives both parallel and intersect with one another. The timeline experiences multiple flashbacks and disjunctures; different cultures and emotions meet and collide, further adding layers of doubt.

Liu Shiyuan continues with her research-heavy methods, consulting precedents in cinematographic history to construct the building blocks of her own film. With her playful approach to the conventions of narratives, diction, her manipulations of landscapes, mixture of still images with film, and sometimes-odd framings, Liu Shiyuan enhances the sense of a glitch in the larger common psychological system of interpretation within cinematography. The artist makes use of routinely utilized symbolic elements to turn around and question clichés in cinematography, thus examining the way in which our view is conditioned by commercial and institutionalized paradigms of observation. It is within this inherent subjective transformation of objectivity, that Liu Shiyuan’s film poses it’s main question: how is the film industry as part of popular culture influencing our emotions, and even further, the way in which we feel that we are expected to experience, and interpret our own emotions? This film’s seemingly didactic message regarding beauty and romanticism, effectively validates the viewers’ expectations for something sincere, as well as speculation about the current relevance of these “classical” demands towards art.

Liu Shiyuan was born in Beijing in 1985. She graduated in 2009 from the Central Academy of Fine Arts in Beijing, China with a degree in New Media Art. In 2012, she received her MFA in Photography from the School of Visual Art, New York, USA. Liu Shiyuan now lives and works in Beijing and Denmark. Her most recent exhibitions include “Beyond the Pale”, Andersen’s Contemporary, Copenhagen, Denmark; “My Paper Knife”, ET AL. GALLERY, San Francisco, USA; “The 2nd CAFAM Future Exhibition Observer – Creator-The Reality Representation of Chinese Young Art”, CAFA Art Museum, Beijing, China.