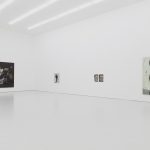 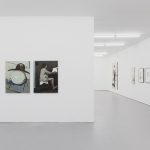 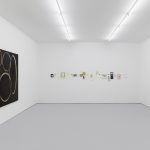 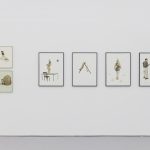 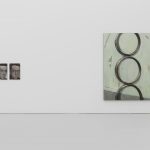 We are pleased to present Zhai Liang’s second solo exhibition “NOTES” at WHITE SPACE BEIJING. Zhai Liang will showcase his latest paintings and watercolors drawings. Through documentation in the form of brief sketches and notes, a threefold narrative thread is presented: Literary Allusions, The Extensity and Strange Sentiments. This division is the outcome of Zhai Liang’s continuous investigation in recent years on unknown territories. Moreover, it corresponds with and gives impetus to the artist’s long-term encyclopedic art project entitled Night Vessel.

Literary Allusions comprises an array of historical jokes: The Outlaw Flying over Mongolia Grassland recounts modern state history; Beuys Left the Classroom touches upon contemporary art history; The Only Way Which Must Be Passed in turn combines film history’s seminal character Charlie Chaplin with a personal tragedy, as envisioned by the artist. Primarily these are explorations into the subject matter and the content of painting, i.e. narratives involving both the subject and the object.

The Extensity serves as a discussion on geometric shapes. The Extensity is made up of five mutually intersecting rings. Since the gaps between the rings are all different, a precarious balance is upheld between the start of a dynamic state and the end of a tranquil state. The work Hole originates from the cement pipes commonly found in construction sites. Different pipes lead to entirely different places, and yet outside of the pipes’ circular holes we find the same exact two-dimensional space, as such constituting a “spatial pun”. In One Afternoon in the Nineties, the artist uses somewhat succinct and bizarre geometrical shapes to present a vision of otherness he had upon seeing a UFO with his own eyes as a child.

In Strange Sentiments, the artist intriguingly explores the problems of mood and temperament that arise now and then in his oeuvre. Night portrays a poetic admiration for the moon; in The Decameron, the ever-changing dialogues and discussions between characters, along with the surrounding adamantine stones create the allure of a theatre piece by Bakhtin; the unclear, ambiguous moment in which a cat and a rabbit are discovered in Strange Sentiments; the emotional young bloke in Feeling who wants to lash out at the books that come hurdling towards him: all of these are scattered, grotesque sentiments that trigger an indescribable sense of dislocation.