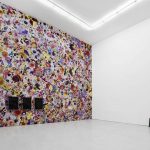 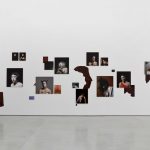 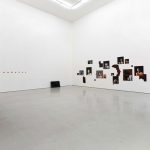 THE EDGE OF VISION, OR THE EDGE OF THE EARTH is Liu Shiyuan’s first solo exhibition presented by WHITE SPACE BEIJING, showcases the representative photography installations and videos from her artistic practice over the past two years. Liu has been in constant pursuit for a certain visual language that is not subject to a cultural background, but rather an attempt to communicate through a cultural transcending visual language, thereby also questioning if such language even exist. The variety of visual forms and concepts unfolds how the artist chooses to stage the boundaries of Beauty, thus establishing a dichotomy between value and beauty as the subject of examination. The presence of essential elements extracting from life in all of Liu’s work, along with the presence of a drifting and detached relation from one work to another, anticipate the emergence of “edge” as the exhibition’s dichotomy.

As the focus of artistic practice has seen a shift from probing image relation of the 2D and 3D to self-examination, Liu Shiyuan has also expanded her concentration from exploring art media to devoting herself into artistic practice per se. The alternation from “heavy” to “light” is not only a practical exercise on how to express and realize one’s thinking, but also an expectation towards “exactness” or “coincidence”. Under the same title as the exhibition, the artist’s latest work “The Edge of Vision, or the Edge of the Earth” is among other photography installations here, a camera-less photograph and a footage-less video. The power of Liu’s work is so distinctive yet indescribable, possibly being that the investigable clues are hidden beneath, or the work has already become the embodiment of the artist’s self-assured way of life.

Liu Shiyuan was born in Beijing in 1985. She graduated from School of Visual Arts (New York) with an MA degree in Photography. She is now based in Beijing, New York and Copenhagen.