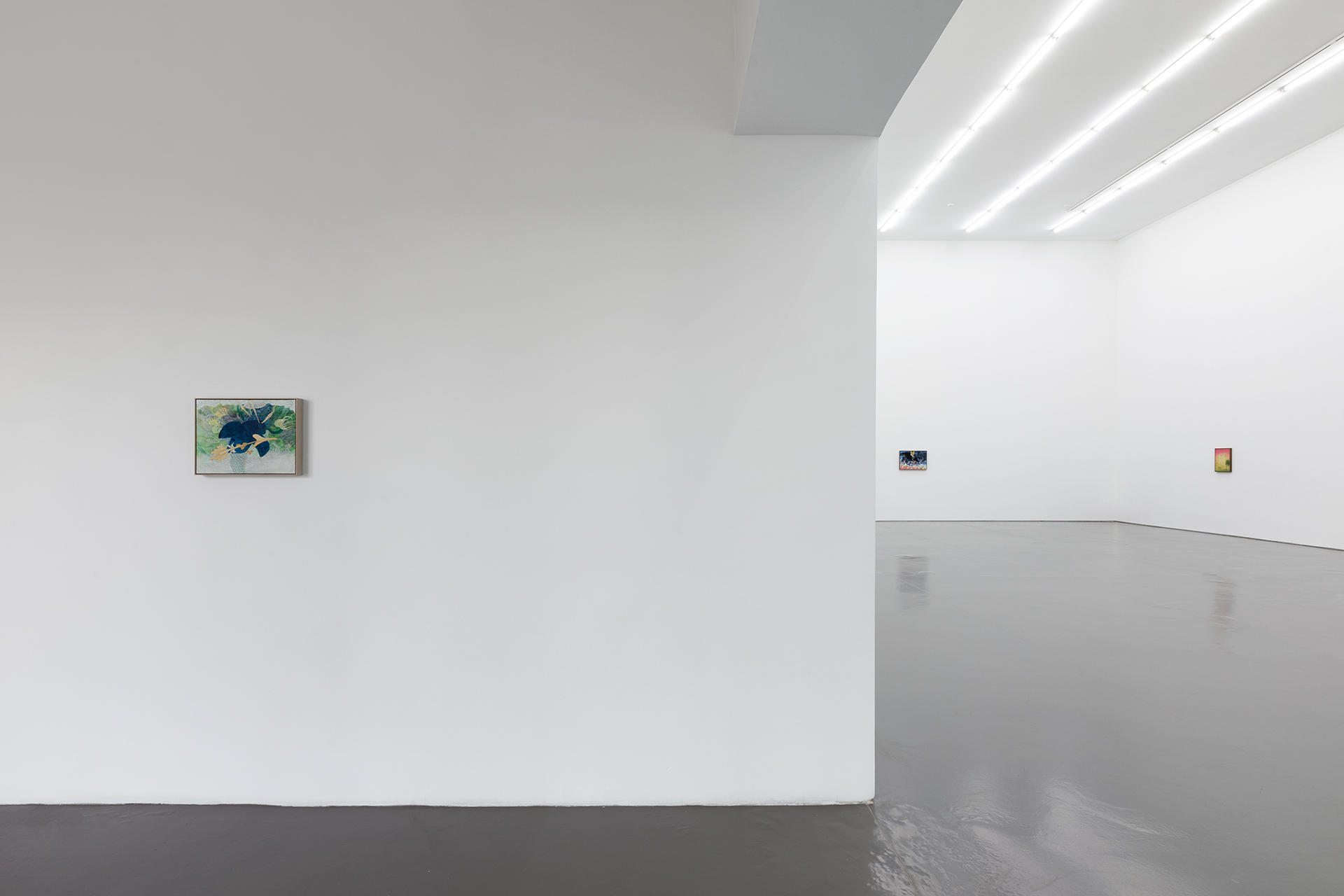 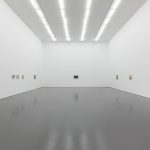 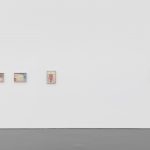 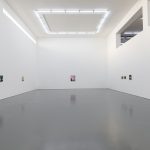 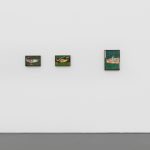 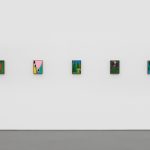 WHITE SPACE is pleased to announce the opening of Zhang Gong’s first solo exhibition at WHITE SPACE, Advent, on March 12. The show continues until May 4, 2022, featuring twenty-six oil on canvas and mixed media on paper the artist created since 2020.

Unlike the artist’s previous paintings that directly touch on subjects such as pop culture, urban development, and social scenes, the exhibition is based on the artist’s study and understanding of the canonical texts of religious history in recent years. The exhibition’s title is derived from the important Christian festival of Advent, indicating the subject matter, the content, the painterly essence, and the works’ spirituality. The majority of the pieces in the exhibition are relatively small, measuring less than 50 centimeters in length. As a result, the audience must get closer to view and read the paintings, forming a more intimate relationship of reception with them; and when confronted with these paintings up close, the audience is inevitably touched by the richness of content and detail contained in their small size.

The subjects of the paintings remain to be imaginative cartoon characters created by the artist during his many years of painting and animation practice. The human or animal characters in the images are often wide-eyed, with expressions of astonishment and adorkable postures that amuse the audience. Although the artist borrows the style of animation and comics in which the shapes are outlined with well-defined hard strokes, the thick, detailed, and varied dots, lines, and colored patterns render the nearly “flat” image somewhat three-dimensional, characterized by its relief-sculpture-like imagery, light and shade, and materiality. As a result, the paintings elegantly represent the thrilling moments in the specific textual narratives, such as the seven angels blowing the trumpet to herald the coming disaster and Noah’s Ark carrying all living creatures to escape the calamity. Meanwhile, the complex emotions, including sorrow, wailing, pain, struggle, and calmness, form a strong contrast with the supposedly lovable characters, strengthening the dramatic tension jointly constructed by the gods and demons who destroy the world and the mortals who are powerlessly waiting for judgment.

In terms of the different paintings, although the specific characters are solidified in every image, the artist uses different “strategies” to capture the dynamic moments of the “advent” of the Ark, the apostles, the knights, the angles, the demons, and their world-changing power: the precise and continuous oil paint strokes shape the churning of the waves, the marks of the scraper carved into the sky insinuate the brisk sea breeze at the moment, the animals, in pairs, rescued by Noah’s Ark are still in a state of shock in the aftermath of the disaster (Ark 1); the large color patterns applied horizontally in separated blocks of the background, and the pencil lines scattered and wandering around the figure of Satan in the center, depict the shadows or traces of the tremendous destruction as the demon gushes and wields his limbs to wreak havoc (Advent 2); the exaggeratedly raised limbs of the horse, the stretched and vimineous clouds, and even the collapsing beings on earth, all suggest the irrebuttable power of the knight on the black horse, a symbol of famine, as he gallops forward (Advent 1).

Although these paintings do not directly respond to specific social situations or realities like the artist’s previous works do, through reinterpretations of the above-mentioned classical subjects, which are somewhat allegorical, they suggest the artist’s introspective spirituality in the present moment: a combination of hope and despair; a belief and state of mind that new heaven and new earth will eventually come.