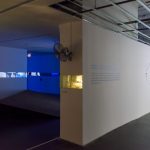 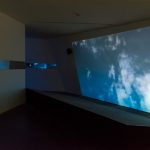 From 15 September to 17 December, 2017, UCCA dedicates the Central Gallery to “Cold Nights,” an exhibition of newly commissioned work by artists Chen Zhou, Liu Shiyuan, Nabuqi, and Li Ran, curated by Boliang Shen and Zhanglun Dai. Growing from modern Chinese writer Ba Jin’s eponymous 1947 novel, “Cold Nights” explores the performativity of the creative act as well as the potential of artistic collaboration in times of precarity and disillusionment.

Set in 1940s Chongqing, Ba Jin’s novel recounts the collapse of a family of intellectuals owing to domestic conflict and grapples with their emotional entanglements against a background of national crisis. Each of the four protagonists—Wenxuan, Shusheng, Wenxuan’s mother, and Fengguang—represents a distinct layer of the turbulent Chinese society at the time, and all are deeply enmeshed in and affected by a complex web of kinship, romantic, and economic relationships. College graduates who once envisioned a career dedicated to education and social welfare, Wenxuan winds up as a junior proofreader in a corrupt publishing house, while his estranged wife Shusheng works as a bank clerk. If Wenxuan (artist: Chen Zhou) stands for the idealist intellectual elites facing the immense burden of supporting a family in a time of austerity, incapable of effectively adopting modern methods, Shusheng (artist: Liu Shiyuan) is the archetype of the modern woman who swings between private, material desires and public expectations that she performs a conventional gender role in an economically and culturally polarized society. Wenxuan’s mother (artist: Nabuqi), who lives with her son and takes care of Wenxuan and her grandson, represents the hidebound traditionalists who resents her daughter-in-law, her independence, and anything modern. Fengguang (artist: Li Ran), the manager of the bank where Shusheng works and her lover, stands for the mighty capitalists; with a seductive and exotic aura, he seems almost alien to Wenxuan’s family, and his commitment to a new social order threatens existing conventions.

This intricate mesh that Ba Jin has woven in order to launch his trenchant critique of Chinese society at his time of writing sets the narrative foundation of the exhibition. It also serves as the conceptual bedrock for the curators’ vision of an exhibition where each instance of artistic creation becomes interdependent and simultaneously an act of performance. The curators invited the four artists, after reading the story, to play the roles of its four protagonists through their own artistic creation. Throughout the period of creation, the artists interacted with and responded to each other from their respective roles, forming a sort of creative collective built on the foundation of the novel. This intimacy is evident in the visual dialogue between Blue Hole (Chen Zhou, 2017), The Best is Yet to Come (Liu Shiyuan, 2017) and Night of Patmos (Li Ran, 2017) through shared motifs and narrative cues, and the interaction between At dusk after the rain… slanted sunlight… light spots of all sizes…… fades, ……washed off… and winding towards…… the end, a sharp honking is heard… disappears (Nabuqi, 2017) and the three videos throughout the exhibition space. The exhibition is at once the artists’ response to their fictional personae and their collective reflection on the current lived reality. The overlapping and mixing of these responses, in turn, structures a new space, a new text.

“Cold Nights” is accompanied by a suite of public programs, including a joint discussion among the two curators and the four participating artists about the curatorial concept as well as their collaboration; a screening of artist Liu Shiyuan’s past and recent work, followed by a conversation between the artist and guest moderator Yang Beichen on her creative practice; and a panel discussion among the two curators, guest artists, and writers on the notion of “exhibition as literary form.”