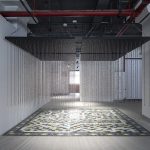 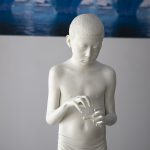 Shanghai is a city born by and of waters. Its twin mothers, Huangpu River and Suzhou Creek, have witnessed how Shanghai evolved from a small fishing village to a modern metropolitan in the course of a century, and how a modern industrial and business world has developed here. The banks of Huangpu River used to be a forest of plants, wharfs and warehouses, and for a long time the Bund was the only section along the river with intimate terms with people while wherever else the tides were overwhelmed by the steam whistling. Thanks to the EXPO 2010，the functions of Huangpu banks began to change, which marked a new stage of Shanghai urban development characterized by increasingly emphasis on urban qualities and determined responses to the citizens’ prospect of lovely life with beautiful spaces. In December 2017, by virtue of the significant arrangements made by Shanghai Municipal Committee of CPC and Shanghai Municipal People’s Government as well as the continuing efforts of all involved units, the 45km Huangpu Waterfront Connection, a great feat of public space and one of the most important results of recent urban renewal in Shanghai, was completed. The project offers scenic activity spaces for the citizens and adds a brilliant chapter to the global history of city construction with its deep humane concerns. At 31 January 2019, Shanghai Municipal People’s Government introduced the “Guiding Opinions on Promoting the Planning and Constructions Along Huangpu River and Suzhou Creek” and officially approved the “Construction Plan Along the Banks of Huangpu River (2018-2035)” and “Construction Plan Along the Banks of Suzhou Creek (2018-2035)”. These programmatic documents further confirm the target of Huangpu River banks as a concentrated exhibition area for the developmental capacity level of a global city, and Suzhou Creek banks as a typical demonstration area for a livable megacity. With summarizing the achievements in constructing public spaces along the Huangpu River and the Suzhou Creek and visioning the marvelous future of the River and the Creek from a macro perspective, the theme of SUSAS 2019, which begins at the end of September, is thus determined. SUSAS 2019 invites people to personally feel the Huangpu River Connection as a public space by implanting art into spaces and to discuss the global issue “how waterfronts bring wonderful life to people” at the forum created by incorporating exhibitions with practices. The theme of main exhibition, as proposed by the chief curator, is Encounter for encounters of people, water and bank, art and urban spaces, history and future which in turn incite more beautiful life and emotional encounters and create inerasable city memories at the 70th Anniversary of the People’s Republic of China. Li Qiang, Municipal Party Secretary of Shanghai, pointed out that the banks of Huangpu River should be the city’s parlor. Now that the parlor is completed, SUSAS 2019 is inviting the world to encounter Shanghai.