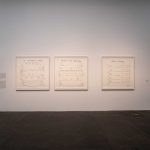 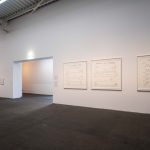 Spaciously presented across more than 2,000 square metres in Hamburger Bahnhof’s Rieckhallen, the group exhibition Magical Soup features key works complemented by loans representing the latest generation of artists, with a common point of departure being the nexus of sound, image and social space.

Music has the power to create imaginary worlds. Sounds can physically shake up rooms. And images can conjure up auditory spaces that draw us beyond canvases and screens. Magical Soup explores the power and the magic with which images, sound, music, and language create, reveal or hide reality. The works range between precise observation, radical self-expression, and deliberate deconstruction of identity.