“PENUMBRA” Presented by Fondazione In Between Art Film Presents 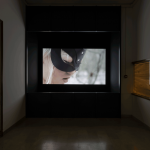 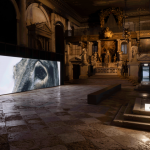 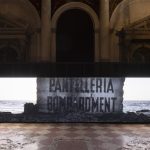 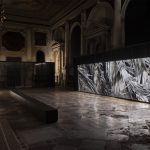 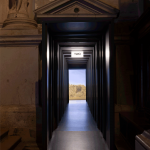 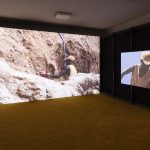 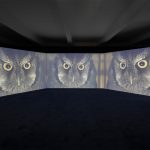 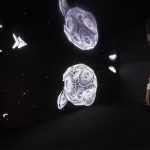 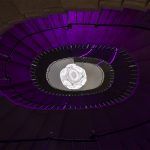 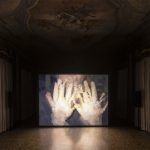 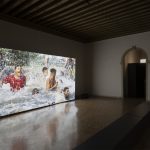 Taking inspiration from the rarefied atmosphere of Venice and from the hybrid architecture of the Ospedaletto and the church of Santa Maria dei Derelitti, the exhibition is conceived as a stage where images, sounds, and the set design are in reciprocal dialogue with the architecture and its history, and explores moving images as a site of material and metaphorical transformation. The images are settled in a series of light and dark areas, echoing the shifts in function the Ospedaletto has faced since its establishment as a temporary structure to shelter destitute people in the 16th century. From narrative methods to audiovisual experiments, the moving images in the exhibition are presented as a multifaceted medium, telling a story of a global, fragmented, and continuously changing world.

The practice of He Xiangyu contemplates and echoes the impact of geopolitical and historical turbulence on individuals and communities. The artist uses documentary and fictional approaches to explore the notions of identity and survival from a cross cultural point of view. Set during the COVID-19 pandemic, his new film House of Nations is an intimate and elusive portrait of a young Chinese man who lives in a Berlin rooming house for international students. The film closely follows its protagonist over two years in his daily errands, social gatherings, and more private moments amid the invisibility that the urban context places upon the life of individuals. No major events happen around him. Yet a series of minor specks of dust—a lonely look in his eyes, a sense of disconnection in his body language—creep in and suggest the existential aspirations and uncertainties he is grappling with. If tactile sensations such as the warmth of a fire, the dryness of his hands when rubbed together, the softness and harshness of a rope during a bondage session become the compass to navigate the spectrum of his psychology, the doors that recurringly open and close gesture toward those attempts at translation and transgression of the boundaries between what’s inside him versus outside. With its cinema verité approach, the film offers a space of storytelling to all those lives that would otherwise be deemed anonymous, while exposing the paradoxes of globalization in its false aspirations of a borderless world and seamless displacements.