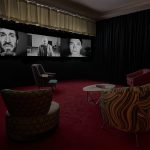 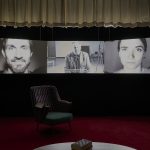 What could a reading of the China Dream mean today? Besides its socio-political and pseudo-ideological significances as has been fanatically promoted, should we still understand the idea of a China Dream – as that which, on an extreme individual level as well as on an enormously collective level, is valued by and at once valuing the nation today? Interests in readings or detailed analyses of such a transformative dream provokes firstly a revisit of a certain Freudian or Lacanian legacy, suffering from simultaneously an overall dismissal at large, and a superficial enthusiasm; secondly, and perhaps more pertinently, a close examination of what has been freshly made available in recent years in the realm of contemporary art, regarding some dreams that are utterly uncanny.

The Dream-atic showcases recent artworks by six Chinese artists of a new generation – Chen Zhe, Chen Zhou, Jiang Pengyi, Liu Yefu, Wang Tuo and Xiao Hanqiu – that explore in diverse ways the reality of dreams. References to motifs found in traditional Chinese art that are strangely universal; detailed photographic reading of Kōbō Abe’s The Red Cocoon, that deals heavily with the artist’s own archive of images and memories; Paintings that seem insubstantial but play freely and actively with social taboos and the hidden erotic; Narratives that are deliberately made broken, misleadingly futuristic and ridiculously true to the aporia of the day; A nerve-wrecking story or two regarding adultery, betrayals, death and complex history between literature genres; and eventually, as always, some jokes that speak directly to our existential problems.

Nothing could be further from life; or nothing is closer. Directly and indirectly pertaining to dreams, this cinema invites you to fall asleep for however brief a moment and however sweet a nightmare.