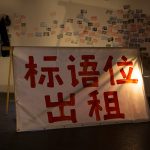 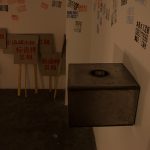 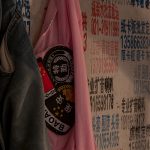 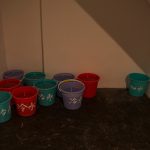 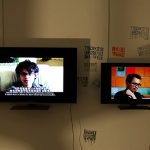 Opening on 1 October, am Art Space presents the exhibition “Secret Chamber”, co-organized by Han Xinyi, Liu Xinyi, and Yang Zi. Here, the team is not strictly built around the  conventional roles of “artist” and “curator”; instead, everyone involved has contributed to the project with spontaneity, solidifyingthe conceptual directionand refining the presentation of the exhibition.

The background of this project is derived from a series of recent political and economic measures focused on optimizing population management andupgrading urban development. In the face of public pressure incited by rapid expansion in population, policymakers hope that these measures along with stricter law enforcement will lead “low added-value” population and industries away from the city center. Various media have exposed the story of an “underground population,” the disenfranchised living on the peripheries of society. Under the impact of such population management, the plight of migrant workers and other peripheral groups has triggered curiosity and generated a novel topic for the public discourse.

“Secret Chamber” intends to investigate the untapped potential embedded in these unstable underground spaces and to reexamine “radicalism”, a notion rooted in 20th century political crises and class antagonism. Through the scattered objects and videos in the exhibition space, viewers obtain open-ended clues from their observation. “Secret Chamber” engages the hidden and fluctuating urban realities, attempting a break from the framework of “political correctness” while presenting a sober introspection that reveals the complex manifestation of reality.