Shi Zhiying has become well known in her native China for stark monochromatic paintings of uniform vistas in open ocean water, sand, grass… she deals with objects’ state of existence in her painting practice. Emphasized in her practice is the interchange of appearance with disappearance: the quality and scale of water, rock, containers, the figure of buddhas, beads are described in painterly strokes. However, the shapes are not definite, but formed by independent lines, brushstrokes, and the paints, conveying an immanent rhythmic logic, stablishing a stable and sensational structure in the process of interacting with the visual experience. The artist demonstrates, via her smooth and insightful paintings, the transience of a being’s life, captures the extremely gradual transition that happens in the space between objects, the painting surfaces, and the present experience. 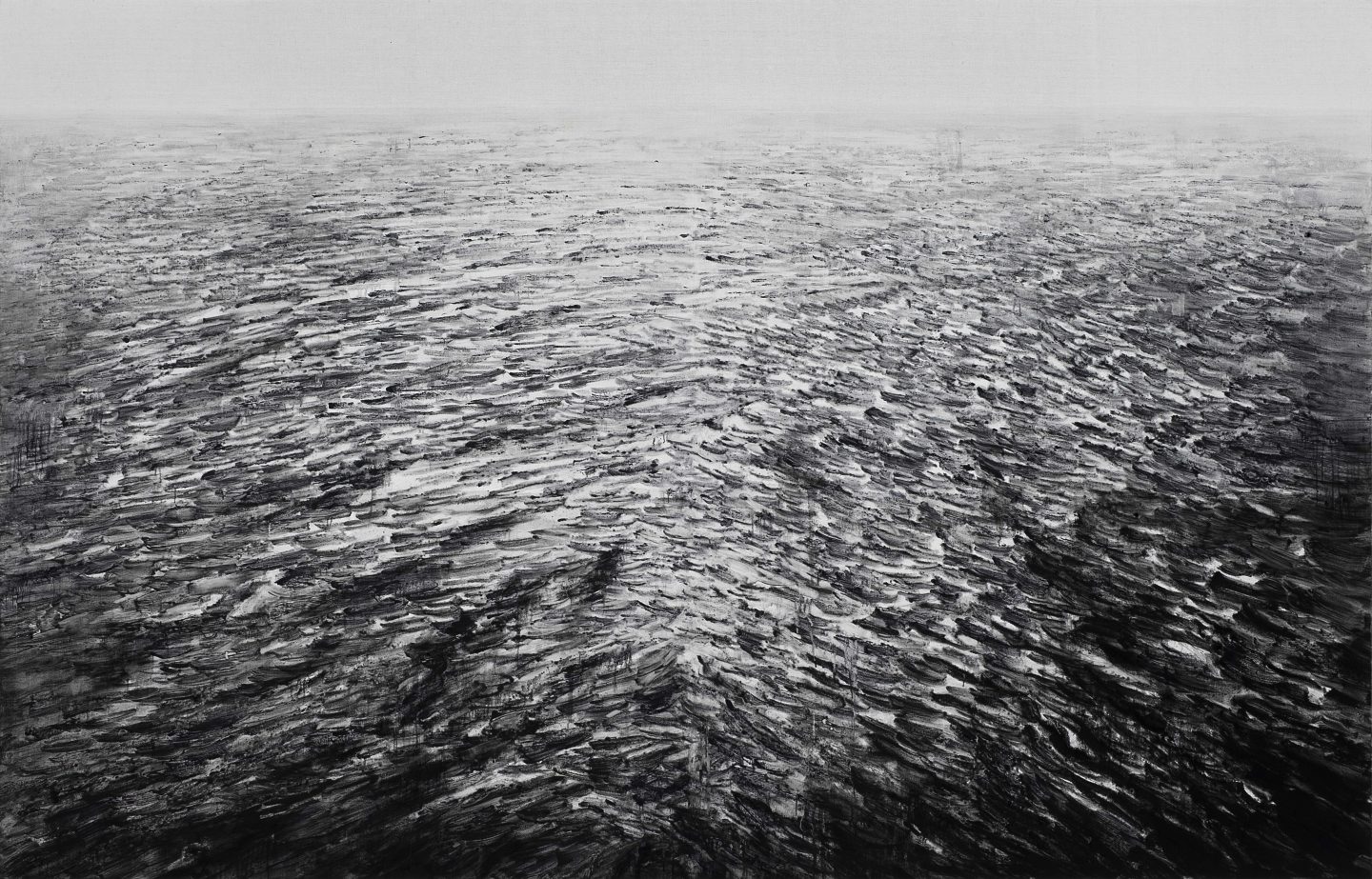 Between Past and Future

The Return of Guests: Selections from the PSA Collection

Grains of sand in the Universe

The universe is a mirror

SHI ZHIYING To the Infinity

A Sprinkle of Salt