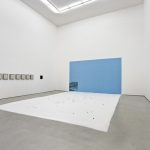 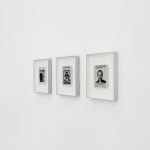 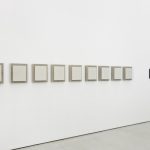 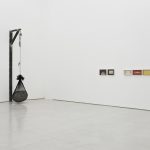 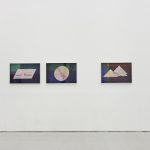 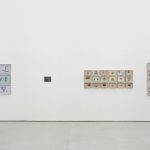 “Filtrate” consists of two solo exhibitions by Liu Ren and Zhang Ruyi who both spontaneously extend their willpower chronologically and, in a rationalized and progressive way, convert the objects of their practice into a porous power unit that filtrates and carries emotion media for the discussion and the output of their own individual consciousness.

Time and life always remains a motif for Liu Ren. He connects himself with the outside world while processing the material and the source of information. The whole process of his practice is like a transfer station, as the subjective feelings and the objective reality meet and ferment here, present themselves in the form of “a manual microblog”, or imply themselves in a minimalist installation－ what is hidden behind the clear and neat visual state is emotional accumulation that can be stripped layer by layer. Born in Shanghai in 1983, Liu Ren graduated in 2007 from College of Fine Arts, Shanghai University. Currently lives and works in Shanghai.

Zhang Ruyi takes control of her expression of emotions in a repetitive and closed way. Her works restore individuals’ state of being in the industrialized social ecology and mechanism, revealing her independent perspective and stand toward the experiential value as an artist, and prompting the individual consciousness under the pressure of the enormous external environment. As her capacity allows, she switches her daily life with the discordance of the urban life, detecting resistance by means of experience and observation, building enclosure in communication, and filtrate all the sentiments imposed by reality in the repetitive and slow practice. Born in Shanghai in 1985, Zhang Ruyi graduated with a Master’s degree from College of Fine Arts, Shanghai University, in 2012. Currently lives and works in Shanghai.