No Longer / Not Yet 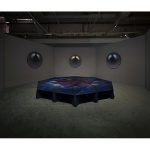 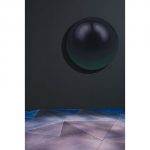 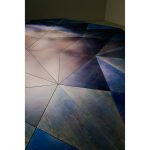 “Those who are truly contemporary, who truly belong to their time, are those who neither perfectly coincide with it nor adjust themselves to its demands. They are thus in this sense irrelevant. But precisely because of this condition, precisely through this disconnection and this anachronism, they are more capable than others of perceiving and grasping their own time. Naturally, this noncoincidence, this “dys-chrony,” does not mean that the contemporary is a person who lives in another time…” (Giorgio Agamben – What Is the Contemporary?)

With this quote in mind from Italian philosopher Giorgio Agamben, Gucci’s Creative Director Alessandro Michele challenged those attending the presentation of the house’s autumn/winter 2015-16 women’s collection to explore the notion of the contemporary.

Gucci is currently committed to posing questions rather than necessarily searching for answers, and this question above all – ‘What does contemporary mean?’ – has opened up a creative debate. In Michele’s mind, it is a state of temporal flux, where relics of the past merge with signs of the future, and where there is freedom to construct new meanings at this intersection of divergent paths. His autumn/winter 2015-16 collections for both women and men embody this idea by celebrating traces of pre-existing worlds and glimmers of worlds in the making.

Michele would agree with French semiotician Roland Barthes, who said: ‘The contemporary is the untimely’. It is with this in mind that Michele, in collaboration with Katie Grand, Editor in Chief of LOVE magazine, has curated an exhibition entitled ‘No Longer / Not Yet’, in which renowned artists from around the world have been invited to contemplate the concept of contemporary/untimely.
The exhibition will open on 16th October 2015 in Shanghai’s Minsheng Art Museum and will comprise a series of rooms in which the artists’ installations will be displayed including a personal artwork by Alessandro Michele.